The History of Charcoal

30,000 BC
The first recorded use of charcoal comes from the black pigment used in European cave paintings dating from around 32,000 years ago. It is not known whether this charcoal was produced deliberately.

5,500 BC
It is possible that the earliest use of charcoal as a fuel began over 7000 years ago in the smelting of copper.

3,500 BC
The first definite evidence of mans’ involvement with charcoal as a fuel can be traced back 5500 years in Southern Europe and the Middle East.

2,750 BC
It is thought that the Egyptians who were expert metal workers may have discovered the smelting of iron using charcoal nearly 5000 years ago and within a further 1000 years discovered how to produce glass.

The History of Charcoal in the UK

2,000 BC
By the commencement of the Bronze Age in Britain around 4000 years ago the use of charcoal was common place. Whereas pure copper could be smelted at around 800º C only charcoal was able to provide a temperature nearly 300º C higher that allowed the smelting of tin and copper to produce bronze. Bronze was a versatile metal. It set much harder than copper and in manufacture was easier to cast as it flowed more freely. It was most useful for the production of swords, axes, tools and jewelry. Damaged or broken items could be melted and recast and tools with a hardened edge could always be re-sharpened.

1,000 BC
Everyday objects were commonly made from bronze and a significant charcoal production was required to support the expanding metal industry. The wood supplies for this came mostly from the continued clearance of the wildwood which was being converted for agriculture. The wildwood had covered almost all of the country since the last ice age but by around 1000 BC about 50% had been already been cleared.

500 BC
Through the Iron Age the demand for charcoal grew as more efficient methods of producing iron were developed. In the south of the country on the lighter chalkland an even greater level of clearance of the wildwood occurred. This area was particularly favourable for agriculture with easily worked soils that drained freely and were ideal for habitation. Ploughing of the land resulted in erosion leading to the formation of banks (lynchets) upon which trees grew. These were regularly coppiced and helped supply the local charcoal producers. The formal integration of woodland and agricultural management had begun.

AD 43-410
By Roman times iron was being produced in large-scale processes. To fuel the considerable production, many thousands of acres of coppice were brought under management and invariably the iron works were situated close by. Such was the scale of production that slag was commonly used as a sub-base for new roads.

However, charcoal was not limited to use as a fuel. The wood tars produced were used for caulking ships and the lighter pyroligneous acid (which the Egyptians had used for embalming) may have had a use in the production of dyes. Charcoal posts were used for construction support in wet areas where ordinary timber would have quickly rotted whilst crushed charcoal had uses in the filtration and purification of liquids.

AD 410 – 1900
Through Saxon times little is known of the size of the charcoal industry and it is not until around AD 1200 that a number of records detail licences and charges levied on those burning charcoal. By 1334 charcoal had found a new use as a constituent of gunpowder while elsewhere the iron industry flourished. Towards the end of the fifteenth century it was realised that sufficiently large furnaces could allow cannons to be “cast” as a single piece. These “blast” furnaces consumed large quantities of charcoal in addition to that already being used for glass manufacture, wrought iron and domestic fuel. By the mid sixteenth century concern was expressed that the heavy demand for charcoal was placing an excessive pressure on the remaining woodland. A number of restrictions were brought into effect and one of these which prohibited the cutting of mature wood encouraged the charcoal producers to secure timber supplies from coppice management.

Although historians have often considered that the excessive felling of timber to fuel the iron industries resulted in woodland loss, it is now recognised that this theory is wholly incorrect. The iron industry was long term in nature and iron works jealously guarded their supplies. Furthermore, most of the timber used in the charcoal kiln was of coppice origin. Coppice material was of regular size, was easy to handle and load and required minimal recutting. Woods close to the iron works survived because their place as fuel providers to the iron industry raised their economic importance and prevented their loss to agriculture as happened elsewhere.

1900 – Present Day
By the early part of the eighteenth century experimentation in the conversion of coal resulted in 1735 in the creation of coke. This new fuel became quickly preferred and the importance of charcoal declined. Within a century most of the furnaces had converted and over 4000 years of charcoal use as an industrial fuel came gradually to a close.

During the first half of the twentieth century the main use for charcoal was for the production of carbon disulphide – a chemical used by the artificial silk industry. However a number of other specialised uses developed. In its activated form charcoal has exceptional properties for the absorption of gasses and in purifying liquids. It has been used in gas masks and has been used to refine chemical solutions. It has also found use in animal feed and with the horticultural and pharmaceutical industries. By 1980 production in the UK was down to a few thousand tonnes per annum and at a low point.

Most recently charcoal has enjoyed a renaissance as a domestic BBQ fuel. Concerns as to the adverse environmental impact of some imported charcoal, and the desire to return local woodland to coppice management have rekindled the local English charcoal industry.

This History of the wood charcoal was proundy take from 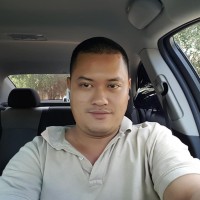